Our mission at Skinlogics is to promote the rejuvenation of skin through science. Our Practice offers a variety of treatments designed to reverse and slow the effects of aging. We want to partner with you on your journey to a youthful and rejuvenated face, body and spirit.

Combining state of the art equipment, with cutting-edge nonsurgical procedures, we offer evidence-base skin treatments tailored to meet the specific concerns of our esteemed clients. 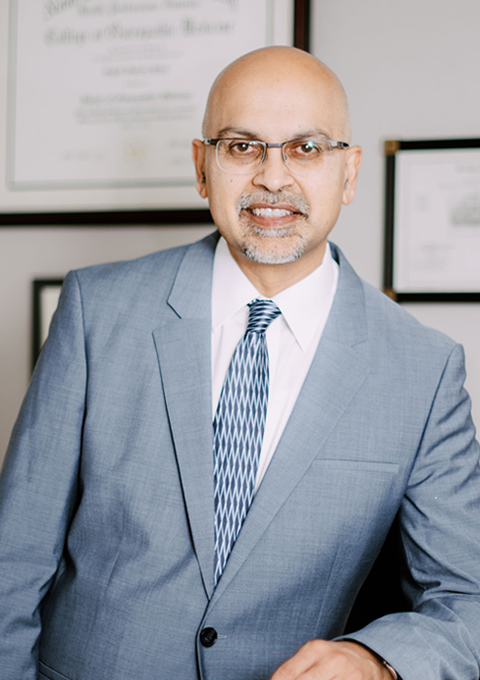 Dr Sajid H. Qazi is an esteemed general and wound care surgeon. In practice since 2008 in Philadelphia, Huntingdon Valley and Langhorne, PA, he has been involved in teaching and training surgical residents from the University of Pennsylvania and Philadelphia College of Osteopathic Medicine.  He served as the Director of the General Surgery Residency at Nazareth Hospital from 2010-2012.

Dr. Qazi has received extensive training and certification in Medical Aesthetics. He is highly proficient in various aesthetic procedures and the use of aesthetic lasers, Radiofrequency devices and electromagnetic induction system devices. Dr. Qazi is passionate about combining various procedures to create outstanding results for his patients.

Dr. Qazi has brought a wealth of knowledge and experience to Skinlogics. As a Surgeon, he leads the team in continuing education and advanced procedure trainings. Dr. Qazi is board certified in General Surgery, and received his medical degree from Nova Southeastern University. He completed his residencies in General Surgery at Michigan State University. 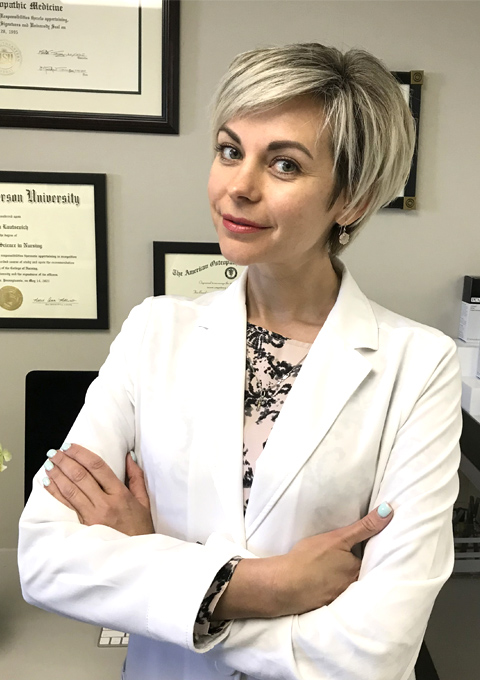 Iryna Lautsevich is a certified Nurse Practitioner. She obtained her Master of Science in Nursing degree from Thomas Jefferson University, graduating with the highest distinction. Before her experience in aesthetics, Iryna cared for postoperative patients in Holy Redeemer Hospital. Her extensive experience has allowed her a unique patient-centered approach that ensures her patients reach their long-term beauty and wellness goals safely and surely. Iryna has trained with advanced laser technologies which assist in alleviating signs of aging, hyperpigmentation, acne scarring, hair removal, as well as enhancing overall skin complexion to promote a healthy glow. In addition to that Iryna is passionate about continued education and stays up to date on the latest in facial and body rejuvenation techniques and products to give her clients the very best results. 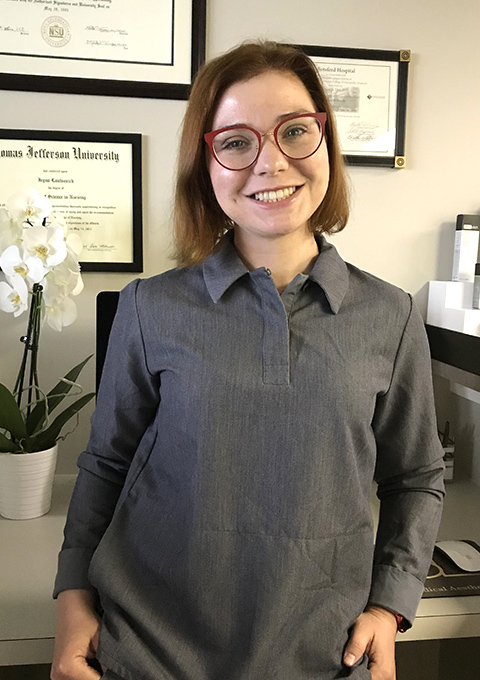 Anastasiia Starodubtseva studied esthetics at The Jean Madeline Cosmetology School. She studied laser services, dermaplaning and microneedling at The Institute of Laser Medicine, Skippack, PA. Before coming to the United States Anastasiia lived in Russia and then moved to China for five years teaching English and studying Chinese. Her passion for skincare started while living in Asia and learning about Korean skin care products and routines for preserving good skin and youth.  Anasatsiia stays up to date on current skincare trends and new products so she can always answer your question and address your skin’s needs. 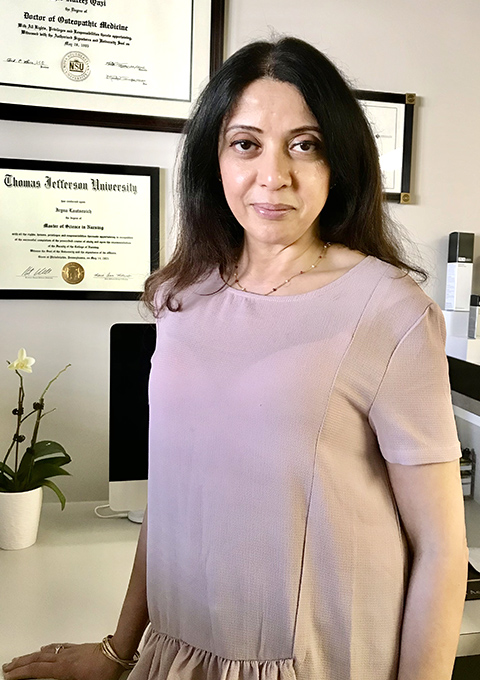 Fatima Kizilbash is the Director of Operations for Skinlogics. She provides market segment expertise to connect clients with the latest technology for their beauty and wellness needs. Before her experience in aesthetics, she had experiences in publishing, literature, and creative writing. Her experience in mass communication allows her to collaborate with our patients and facilitate any questions and concerns for our care team. She is extremely responsive to client needs and will be connecting them to the tailored services. She is passionate about health through physical fitness and intuitive eating. She is running the administrative portion of Skinlogics as well as client communication.

Our team of Nurse Practitioners and Medical Aestheticians led by a Board-Certified General Surgeon, Dr. Sajid H. Qazi, has been at the forefront at making clients look beautiful using innovative scientific protocols to reverse and slow the natural aging process.

With locations in Huntingdon Valley, PA, we focus on comprehensive, results-oriented, and highly customized skincare and repair that promotes optimal health. Our premium service is tailored to meet the specific, personal concerns of our discerning clients – so you always see your best reflection in the mirror.